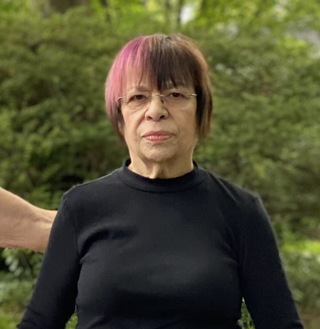 Natalie Robins has published ten books, four of which are volumes of poetry published by the legendary Alan Swallow Press. Her first nonfiction book, Savage Grace, coauthored with Steven M.L. Aronson, won an Edgar Award for the best fact-based crime book published in 1985, and was made into a movie starring Julianne Moore. Alien Ink: The FBI's War on Freedom of Expression was the winner of the 1992 Hugh M. Hefner First Amendment Award, as well as a New York Times "Notable Book of 1992." Sherwin B.Nuland, MD called The Girl Who Died Twice: The Libby Zion Case and the Hidden Hazards of Hospitals, published in 1995, a book that "will bring new reportorial and literary standards to its genre." Copeland’s Cure: Homeopathy and the War between Conventional and Alternative Medicine, was published in 2005. The Washington Post called it “an absolutely dazzling account.” Robins, also the author of Living in the Lightning, which won the Leukemia and Lymphoma Society's 1999 Chairman's Citation Award, lives in Riverdale, the Bronx, New York. She has two adult children and a grandson.
Her newest book, The Untold Journey: The Life of Diana Trilling was published by Columbia University Press in May 2017. She is now working on a collection of short stories, a novella and a new collection of poetry.

Copeland’s Cure: Homeopathy and the War Between Conventional and Alternative Medicine
A social history of the 150-year battle between conventional and alternative medicine in America
The Girl Who Died Twice: The Libby Zion Case and the Hidden Hazards of Hospitals
"Investigative journalism at its best. A superb account of a case that, 'after a century of tradition,' began to change medical education... A serious study and a page-turner... Dazzling."
-- Susan Garrett, The Washington Post

The Untold Journey: The Life of Diana Trilling